UAE tipped to be best Gulf economy in 2020 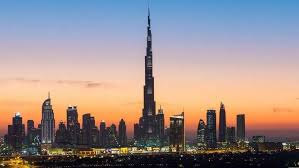 UAE tipped to be best Gulf economy in 2020

The slowdown in the UAE’s economy due to a cut in oil production as part of the Opec+ deal will be short-lived and the economy will be the fastest-growing economy of the Gulf region next year, according to a new study.

“Economic growth in the UAE will slow over the rest of this year due to the impact of oil production cuts. But preparations for the World Expo will help to drive rebound in 2020 and we expect the economy to be the best-performing in the Gulf,” said Jason Tuvey, senior emerging markets economist at Capital Economics.

Opec and its allies led by Russia agreed to extend oil output cuts until March 2020 on Tuesday, seeking to stabilise the price of crude as the global economy weakens and US production soars.

The UAE’s economic growth reached a two-year high of 2.8 per cent in the fourth quarter of 2018. However, this largely reflected stronger growth in the oil sector as the country joined Saudi Arabia in raising oil production ahead of the re-imposition of US sanctions on Iran. In contrast, growth in the non-oil sector weakened to just 0.2 per cent year-on-year, its worst performance since 2009.

“We think that GDP growth probably eased in the first half of this year as oil production cuts weighed on growth in the oil sector. The decision earlier last week by Opec+ to roll over its existing oil output agreement to the end of March 2020 means that this drag is likely to intensify. In Q4, weaker growth in the oil sector will shave around 2.5 percentage points off year-on-year GDP growth compared with Q3,” said Tuvey.

Capital Economics predicts crude will stay low at $60 per barrel this year.

“Heading into 2020, however, economic growth is likely to rebound. The drag from the oil sector will fade. And the non-oil sector will be bolstered by the 2020 World Expo. Preparations for the exhibition will be stepped up and there will be a sizeable boost to activity once the Expo kicks off late next year. Annual tourist arrivals are expected to reach as much as 20 million next year, compared to just under 16 million in 2018. All else equal, this could boost overall GDP growth by as much as 2.5 percentage points,” he said.

Earlier, the Central Bank of the UAE also revised down its growth forecast for 2019 in its first-quarter report and forecast slower growth for the third and fourth quarters at 2 per cent and 1.6 per cent, respectively. It predicted faster growth of 2.2 per cent for the first and second quarters of 2019.

FocusEconomics said in its latest update that the UAE’s growth moderated but remained healthy in the first quarter, as Opec+ production cuts in effect since January dampened oil-sector growth, while non-oil activity picked up after a near-flat reading in the fourth quarter, thanks in good part to higher government spending.

“Turning to the second quarter, the non-oil sector appears to have made some positive strides… data for Dubai also indicates healthy tourism, as well as a pick-up in construction activity in May due in large part to the ramp-up of Expo 2020 projects,” it said.