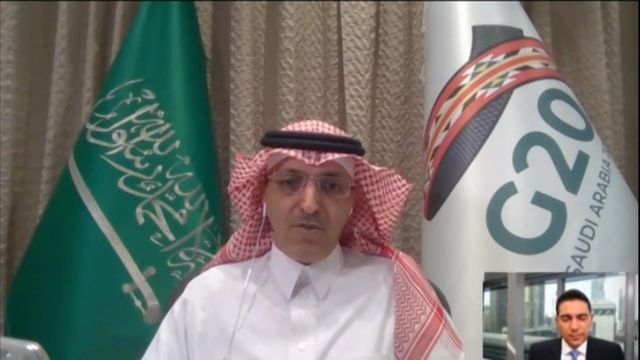 Saudi Arabia is accelerating plans to sell off state assets and isn’t ruling out introducing income tax as the kingdom seeks to boost state coffers hit by the slump in oil prices.

The world’s biggest oil exporter could raise more than 50 billion riyals ($13.3 billion) over the next four to five years by privatizing assets in the education, health-care and water sectors, Finance Minister Mohammed Al Jadaan said Wednesday during a virtual forum organized by Bloomberg.

The government is “considering all options” to bolster its finances and while income tax isn’t “imminent” and “would require a lot of time” to prepare, the kingdom “isn’t ruling anything away for now,” he said.

The state-run Saudi Press Agency later reported citing an unidentified official source as saying that income tax had not been discussed in the cabinet or any of the government councils or committees.

Saudi Arabia has been taking steps to shore up its economy from the double whammy of the coronavirus and lower crude prices. The economy is set to shrink 6.8% this year, according to the International Monetary Fund, in what would be the deepest contraction in over 30 years.

The government has already taken unprecedented measures to support its finances, including tripling value-added tax, increasing import fees, and canceling some benefits for government workers. The kingdom has traditionally been tax-free for individuals, with oil revenue supporting a wide range of subsidies and benefits for citizens.

“Saudi Arabia is not in austerity and we are not getting into an austerity phase,” Al Jadaan said. While the government has “re-allocated some spending,” total spending in 2020 is likely to be more than a trillion riyals, as planned.

The kingdom is also likely to have to borrow about 100 billion riyals more than planned this year and plans to tap the global debt market at least one more time in 2020 after so far selling $12 billion in international bonds in 2020, Al Jadaan said.

As well as raising debt, the kingdom has already been selling state assets as part of efforts to diversify its economy away from oil after a slow start. In December, the government sold a $29 billion holding in energy giant Saudi Aramco through the largest initial public offering in history. It also recently sold a stake in two grain mills for $740 million.

Despite its efforts to contain costs, the government also transferred $40 billion from reserves held by the central bank to boost the financial firepower of its sovereign wealth fund for deals. The Public Investment Fund has already acquired stakes in companies including Citigroup Inc., Facebook Inc. and concert promoter Live Nation Entertainment Inc.

The sovereign fund will continue to boost its global investments, Al Jadaan said. 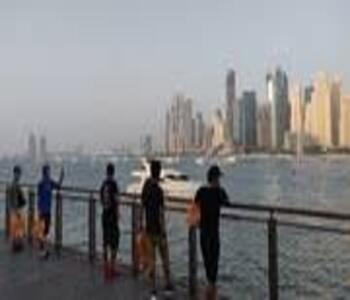 Coronavirus: UAE among most active countries in Middle East in providing economic incentives

The incentives include a monetary expansionary policy and a support plan by the Central Bank of the UAE.

The Ministry of Economy has said that the UAE is among the most active countries in the Middle East and North Africa in providing financial and cash incentives to support its markets, banks and economic activities in recent months.

In its recent study, the ministry explained that the incentives and measures launched by the country have been diverse in terms of concerned authorities and beneficiaries.

The authorities providing such incentives include federal and local authorities, and beneficiaries are not limited to official economic entities and large private companies but are also individuals, entrepreneurs and small and medium-sized enterprises, it added.

The incentives include a monetary expansionary policy and a support plan by the Central Bank of the UAE, as well as incentives presented by the Federal Government to support economic activities, and incentives provided by the local governments of every emirate.

In its study, the ministry presented recommendations and initiatives suggested by the “Cooperation and Economic Development Committee” to support various sectors, including an initiative aimed at reducing telecommunications fees and information costs by 50 percent or to cost price.

The recommendations also include continued economic and financial support for economic sectors after 2020, and regularly revising economic packages provided to various entities.
Source:https://www.khaleejtimes.com/coronavirus-pandemic/coronavirus-uae-among-most-active-countries-in-middle-east-in-providing-economic-incentives