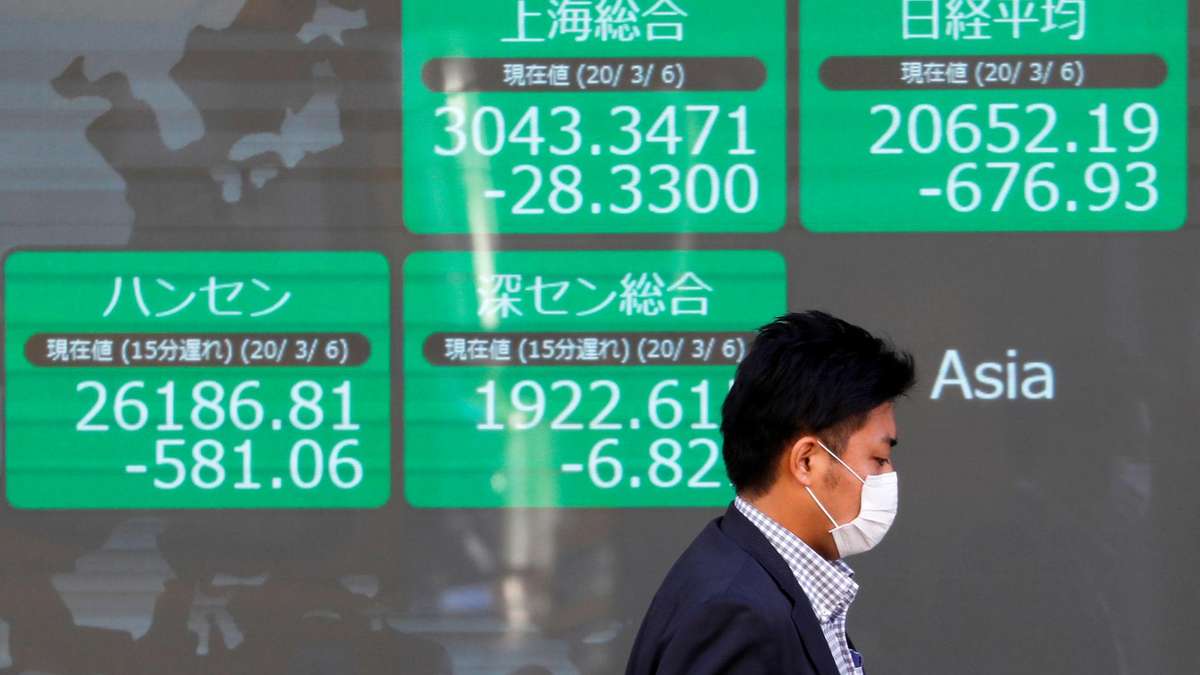 Tokyo and Wellington piled on more than one percent each, while Hong Kong, Sydney, Singapore, Manila and Jakarta also enjoyed healthy gains.

Asian markets mostly rose on Tuesday following a record-breaking lead from Wall Street as investors cheered the passage of a huge US stimulus bill, which has helped temper fears about surging coronavirus infections and a new, fast-spreading strain of the disease.

With Donald Trump’s decision to finally sign off on the $900 billion rescue package and a post-Brexit trade deal now agreed, the mood on trading floors is a little lighter heading into the new year.

News that more vaccines could be rolled out soon was also providing a lift, even as governments around the world are forced to impose lockdowns and other strict, economically painful measures to contain surging Covid-19 cases.

“Where we are right now in the equity market is somewhat of a sweet spot,” Michael Cuggino, at Permanent Portfolio Family of Funds, told Bloomberg TV. “We’ve got stimulus, likely more on the way.

“You’ve got great comps on earnings going into next year with respect to equities, and you have a pent-up demand situation as the economy both in the US and globally comes out of Covid.”

Trump had held off signing the stimulus package for almost a week saying it did not provide enough cash to Americans and calling for handouts to be jacked up to $2,000 from the $600 amount offered in the initial bill.

Democrats agreed more was needed for people and on Monday the House of Representatives approved a motion to increase the payments, though it will likely meet resistance from Republicans in the Senate.

President-elect Joe Biden, asked by a reporter Monday if he favoured raising the payouts to $2,000, replied, “Yes.”

All three main indexes ended at record highs, as did Germany’s DAX, and most of Asia followed suit.

Tokyo and Wellington piled on more than one percent each, while Hong Kong, Sydney, Singapore, Manila and Jakarta also enjoyed healthy gains. Shanghai barely moved, and Seoul and Taipei were slightly lower.

“The stipends will arrive quickly and are spent rapidly, providing the US economy with immediate retail sales spending bonanza boost. This splurge could be multiplied by three if the Senate agrees to rubber-stamp support for increased Covid cheques.”

How Audit Firms Can Help You to File ESR Notification & Report In Such a Short Notice?

The companies operating in the UAE (mainland, free zone & offshore) are once again facing a compulsion to meet the Economic Substance (ESR) filing requirements as the deadline is around the corner. The UAE-based companies that conduct the relevant activities need to demonstrate adequate economic substance and file the notifications and submit the reports before 31st December 2020.

Companies that have already filed the ESR notification must submit the notification again to the relevant regulatory authorities in sync with the Cabinet Resolution 57 of 2020 which updated several clauses in the previous law. Since the deadline is approaching fast, many companies are floundering to get prepared. Seeking expert assistance of reputed audit firms in Dubai, UAE is the most reliable route to ensure your business entity is complying with the ESR filing requirements. You also need to ensure that your company is aware of the following requirements to be on the right side of the law.

A significant area where you need to focus before sending the ESR notifications or returns is the change in the definitions of key terms. For example, a Licensee now means any corporate entity incorporated inside or outside the UAE or an unincorporated partnership in the UAE that conducts a Relevant Activity. Natural persons, sole proprietors, trusts and foundations that were earlier considered as Licensees under the ESR no longer meet the scope of ESR.

Companies that file the ESR notifications now need to furnish additional details such as the jurisdiction of the Parent Company, Ultimate Parent Company, and Ultimate Beneficial Owner (UBO) who claim to be tax resident. Apart from that, the licensees that are required to file the ESR Report must submit a copy of financial statements. Audit firm in Dubai provides services related to the UBO mainly assistance in maintaining the Real Beneficiary Register. Such assistance gives great leeway to the companies as they can easily submit the UBO details in the ESR reports.

Article 8 of the Cabinet Resolution 57 of 2020 sheds light on the notification and reporting requirements that the entities must meet to comply with the ESR. It states that every Licensee is now required to file annual ESR notification to the relevant Regulatory Authority. Audit firms in Dubai will assist you in filling the notification with the following mandatory details :

The FTA, in its capacity as a National Assessing Authority, will oversee compliance and control of the Updated ESR. FTA, among other things, will also assess if the Licensee has met the Economic Substance Test. It will also decide the necessary course of action to follow if your entity fails to meet the ESR test.

A Helping Hand to Avoid Penalties

Incurring penalties for ESR non-compliance is an undesirable scenario for the smooth functioning of your companies in the UAE. Availing the bespoke services of the UAE audit firms would save the businesses from the hefty penalties.

Here is the list of penalties as per the Cabinet Resolution 57 of 2020 :

1. Companies that fail to submit the annual notifications, or any other mandatory documents/ information will have to pay a penalty of AED 20,000
2. Filing inaccurate information on the notification or ESR Return attracts an administrative fine of AED 50,000.
3. Companies would face a penalty of AED 50,000 if they fail to file Economic Substance Returns or fail to meet the Economic Substance Test.

Penalties of this range could hurt the reputation of the companies apart from hitting them financially. Repeated violations would also lead to license cancellations which makes it necessary for the companies to file the ESR notifications on time.