Dubai International Financial Centre, DIFC, has announced the launch of a new licence for startups, entrepreneurs and technology firms.

The new “Innovation License” will attract new types of businesses to the centre and is a key initiative for the Dubai Future District, which was announced in January 2020, said a DIFC press release on Tuesday.

The new licence will support innovation, creativity and entrepreneurship in the region. Entrepreneurs will grow and scale their business using the DIFC’s independent English Common Law based legal and regulatory framework, world class intellectual property and data protection regime.

Innovation License holders will join the already technology firms in the region’s largest financial free zone with over 2,500 firms and 25,000 professionals.

The new DIFC Innovation Licence comes with subsidised commercial licensing options, starting at $1,500 per year. Businesses will also gain access to DIFC co-working space at attractive rates. Innovation firms can secure up to four visas when renting desk space as well as a 50 per cent subsidy on additional visas.

“It is an exciting new offering that we hope will attract technology-led, sector agnostic start-ups that will disrupt the technology and financial sectors. These types of businesses have an important role in shaping the economic future of Dubai, UAE and the region. They will be welcomed by members of DIFC’s ecosystem and become a central part of the new Dubai Future District,” he concluded. 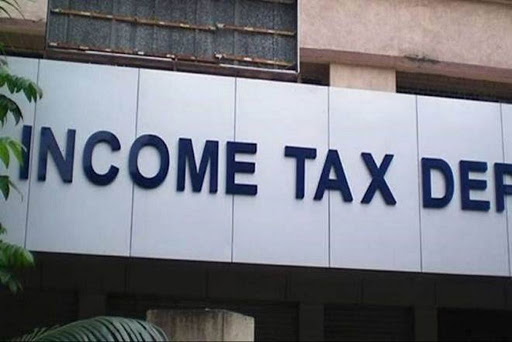 At present, only the tax department/officer of the city where the PAN of the taxpayer is registered can scrutinise the tax records.

The move brings into effect faceless assessment of taxpayers, faceless appeals and the Rights’ Charter for taxpayers who would not be harassed or treated with suspicion from here on.

Speaking at the launch of ‘Transparent Taxation Honouring the Honest’, Modi said that India is among a few countries giving such rights and dignity to taxpayers. He said that the charter has been introduced with defined rights and responsibilities. From here on, the income tax department cannot doubt anyone without basis, he added.

Modi believes the structural reforms will add a new dimension, adding that these should be policy-driven and holistic. He cited that technology has changed, allowing for the scrutiny process to be distributed randomly. Furthermore, he said that the tax scrutiny rate was reduced by a fourth in the last few years; in fiscal year, there was only 0.26 per cent scrutiny.

Speaking of the recent measures, he said that nearly 300,000 cases were resolved under the Vivaad Se Vishwas scheme. He also appealed to citizens, sayin that those who are capable of paying taxes but not in the tax net should also voluntarily pay dues.

Even though the new ‘taxpayer’s charter’ is aimed at residents, non-resident Indians (NRIs) also will benefit from this proposal. India now joins countries like the United States and Canada, which have fundamental rights enacted under their income tax laws.

“For NRIs, this means less hassles from the tax bureaucracy; now, the taxpayer will know what to expect from the department. The new tax regime has also expanded the scope of faceless assessment and has done away with territorial jurisdiction while substituting individual discretion with team-based assessment,” said Bal Krishen, chairman of Century Financial.

“Many NRIs face problems due to the arbitrary nature in which some income tax officers behave; the new system will prevent this harassment. Nonetheless, the new system does have some drawbacks. For example, if there are complex international financial transactions, it might be challenging for the taxpayer to explain the transaction in the absence of a face-to-face interaction. Only a qualified tax officer will be able to take a well-informed decision and hopefully the entire department will be trained on these aspects. For the NRI, from an overall perspective, the new system is certainly a step forward.”

Dixit Jain, managing director at The Tax Experts DMCC, said: “A lot of transparency will come as there will be faceless interaction with assessees, which will reduce harassment and fair judgement without any manipulation. It will increase confidence; also, more and more people will file tax returns to contribute to the country.”

Jain added that earlier, a lot of NRIs were afraid to file tax returns as they used to think that if they file, they will get notices from the income tax department and will then have to face unnecessary trouble while dealing with officers.

“The introduction of the ‘No Influence’ policy and no face-to-face interaction will encourage NRIs to happily declare their eligible income and pay taxes or claim refunds without any worry. It is a brilliant move by the Modi government to encourage more people to file tax returns so it can contribute to the Indian economy.”

The launch of the Transparent taxation – honouring the honest is based on easing compliance for all taxpayers,  more specifically for NRI’s – and is a welcome initiative. Few reforms were already in practice with most of the notice and assessments being conducted under e-proceedings, says Dubai-based Kinjal Bagadia Mehta, chartered accountant and tax consultant.

This initiate will lead to the digitisation of the functioning of the Income Tax department which will eventually eradicate corruption, harassment of the taxpayers and reducing litigation. At present, only the tax department/officer of the city where the PAN of the taxpayer is registered can scrutinise the tax records. By launch of Transparent taxation system, this will change now and with technology, scrutiny will be assigned to tax officers randomly. This will keep changing constantly.

“The idea of honouring honest taxpayers through such a platform will encourage many NRIs to participate in development and growth of India. This will also go a long way in making the tax filing process smoother and easier. A NRI will now be assured of fair, courteous, and rational behaviour from taxman. This people centric and public friendly approach will ease being tax compliant in India ultimately giving confidence to NRIs to file the tax returns, pay tax and also invest in India,” said Mehta. 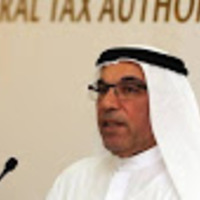 The UAE’s e-commerce has been growing exponentially over the last few years.

The UAE’s Federal Tax Authority (FTA) on Wednesday further clarified that though five per cent value-added tax (VAT) will be applicable to general e-commerce purchases however there are a number of special rules that apply specifically to e-commerce transactions.

It said the tax will also be applicable on digital services including supply of domain names, web hosting and remote maintenance programmes and equipment, software, images, text and information provided electronically such as pictures, screen savers, electronic books, documents and other digitised files such as music, movies and games on demand and online magazines.

Other services identified under the banner of “electronic services supplies” include the supply of advertising space on a website and the rights associated with that advertisement, and political, cultural, artistic, sports, scientific, educational or entertainment broadcasts, including broadcasts of events, live streaming via the internet, the supply of distance learning services, and services of any equivalent type that have a similar purpose and mission.

The growth of e-commerce sector picked up even further in the wake of coronavirus pandemic with UAE residents on average spending over Dh6,000 a year.

“In light of the increasing importance of the e-commerce sector, clear mechanisms for procedures have been identified. Value-added tax, as it relates to the supply of goods and services through electronic means, contributes to supporting the activities of this vital sector, which depends on a locally developed digital and technological infrastructure,” said Khalid Ali Al Bustani, director-general of FTA.

It added that taxable persons should charge VAT to customers when supplying taxable goods or services at the standards rate of 5 per cent or at a rate of zero per cent where law permits. If the supplies are exempt from tax, these supplies are not treated as a taxable supplies and therefore no VAT needs to be charged on these supplies.

Anurag Chaturvedi, CEO of Chartered House, said many international service providers, who do not have place of establishment in the UAE, are still unaware of the registration requirement for VAT in the UAE when they provide services to the UAE consumers.

As per the Article (18) of Decree Law, a non-resident shall register for tax and makes supplies of goods or services, there is no threshold limit applicable to the non-residents. “This means if a consumer in the UAE buys a service/product from an online platform (social media, e-commerce, education, games, arts, fashion, music or any other services), the non-resident shall register for the VAT within the stipulated time and comply with local tax legislation,” added Chaturvedi.

“If Netflix is being used by an end-user in the UAE, the service is subject to tax in the UAE. Many international service providers, who do not have place of establishment in the UAE, are still unaware of the registration requirement for VAT in the UAE when they provide services to the UAE consumers,” added Charuvedi.