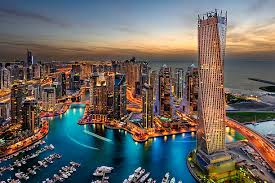 Dubai remained an attractive destination globally for foreign direct investment (FDI) as it recorded 41 per cent year-on-year growth in FDI last year to Dh38.5 billion, placing the emirate in the first position in total number of FDI projects and capital flows.

The emirate bucked the global trend as FDI worldwide declined 19 per cent in 2018 as reported by the United Nations Conference on Trade and Development (UNCTAD).

According to ‘Dubai FDI Annual Resorts and Ranking 2018’ released by the Dubai Investment Development Agency (Dubai FDI), the emirate attracted 523 FDI projects in 2018, an increase of 43 per cent over 2017, elevating the emirate’s global ranking in the number of new investment projects to third from fourth.

More importantly, FDI projects created about 25,000 new jobs in 2018, an increase of 77 per cent compared to 14,065 jobs in the previous year, effectively placing Dubai in 9th position globally in job creation through FDI.

“The first rank is a precursor to Dubai’s future achievements,” he said.

The official data showed that the US retained its leading position in FDI capital flows to Dubai with a 37 per cent share, while India came second with 12 per cent, followed by Spain (9 per cent), China (7 per cent) and the UK (5 per cent). Together, all the five countries accounted for 70 per cent of total FDI capital inflows and 51 per cent of FDI projects into Dubai last year.

“Dubai FDI Monitor is a testament to Dubai’s commitment to enhance competitiveness and transparency of the emirate’s investment ecosystem, using innovative technologies and services to serve the global investor community,” Sheikh Hamdan added.

The fDi Benchmark, which identifies the best FDI destinations based on comparison of latest FDI data, highlighted that Dubai dominated global rankings throughout 2018, followed by London, Paris, Dublin and Singapore, as the leading city globally in foreign direct investment in 2018.

“The achievement reflects the resilience, diversity and competitiveness of Dubai’s economy on a global scale,” said Sami Al Qamzi, director-general of Department of Economic Development, Dubai.

He noted that fDi Benchmark has clearly identified Dubai’s leading position and strong presence in all areas of investments in 2018.

“Dubai has been ranked first globally among the top 20 cities for renewable energy investments between 2013-2018 and second globally in the ‘Global Cities of the Future 2018 – 2019’ report in terms of economic potential. Dubai also ranked first among the top FDI cities in the ‘City FDI Performance Index,’ issued for the first time in 2018,” Qamzi said.

In terms of top attractive sectors, FDI flows were largely concentrated in the accommodation and food services sectors with 46 per cent of total FDI capital, followed by commercial construction at 15 per cent, residential buildings construction at 8 per cent, arts, entertainment and recreation at five per cent, and finance and insurance at four per cent.

The top five sectors accounted for 78 per cent of all FDI capital and 27 per cent of FDI projects into Dubai in 2018.

Massimo Falcioni, chief executive officer of Etihad Credit Insurance, said the advent of Dubai as one of the Top FDI Performers 2018 is a momentous achievement for the emirate and the UAE economy at large.

“Dubai being heralded as a potential investment hub not only reflects the investors’ belief in the city’s capability to sustain economic growth but it also positions ECI to play a crucial role in encouraging the development and international expansion of local businesses, said Falcioni.

Abhishek Sharma, CEO of Foundation Holdings, said healthcare and education firms in the UAE and especially Dubai have attracted and continue to attract FDI by exploring potential partnerships with renowned international players in the fields.

“Such partnerships aim to bring in the latest innovations that further elevate the UAE’s investment environment. For instance, Dubai Healthcare City has partnered with and attracted numerous renowned healthcare institutions such as Moorfields Eye Hospital, Mediclinic, Harvard Medical School Center amongst others. The FDI law passed last year by the UAE government will help influence and transition the country to an innovation driven economy,” Sharma added.