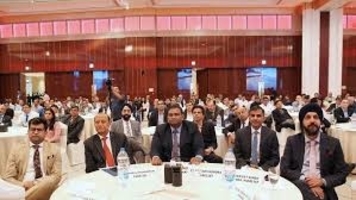 Dubai – India’s 2020-21 budget was quite balanced and simplification of tax regime announced in the latest budget will help the economy on a long-term basis, say analysts.

While addressing the Indian Union Budget 2020 conference held in Dubai on Monday, they said markets and investors should look at the Indian economy over the long-term basis – five to 10 years or beyond.

Tushar Pradhan, chief investment officer at HSBC Global Asset Management in India, said the budget set direction towards simplified tax regime which is in line with the country’s bid to be a $5 trillion economy.

“Every individual or corporate should be part of the tax net and that is going to propel economy. Simplification is a big step. Some have argued that alternative tax regime is more confusing then before but we have to take it with a pinch of salt,” he said while addressing the forum, which was organized by The Indian Institute of Chartered Accountants (ICAI) – Dubai chapter.

He noted that divestment target of Rs2,100 billion is too ambitious and the next year will be really tough one to meet fiscal deficit to match.

Paras Shahdadpuri, chairman of Nikai Group, said the market was expecting some sops for the industries but it was missing in the budget.

“There was a lot of expectations built around the budget, expecting some big bang and fireworks. But it didn’t happen. Therefore, industry was disappointed. But, overall, budget is good as it did provide some stimulus,” he added.

Anish Mehta, chairman of ICAI’s Dubai chapter, said the government aimed to give more disposable income in the hands of individuals by introducing new tax slab under simplified regime in the budget.

“People, now, can choose between old and new tax slab depending on their savings appetite or not claiming various exemptions. However, this will discourage forced savings by individuals which is essential for sound financial position in times of crisis. Another measure which will impact the tax is taxing dividend distribution in the hands of the recipient rather than corporate. This may be beneficial to some but disadvantageous to tax payers who are in higher income group,” he added.

He said people were expecting some relaxation on exemption of tax on long-term capital gains which could not find place in the budget 2020. “This could have boosted investments in capital market.”

Anurag Chaturvedi, secretary of ICAI’s Dubai chapter, sees it as a balanced budget with respect to an individual increased slab-based rates and options to opt new scheme of tax.

“Abolition of dividend distribution tax is bigger reform by the government. However, capitalists will have to bear burden of increased tax slab rates, additionally bringing stateless persons in to tax net and introduction of deemed residency provisions will impact NRI in general. It will force them to choose a tax domicile (Tax Resident of any country) outside India to avoid taxing global income in India,” Chaturvedi said. 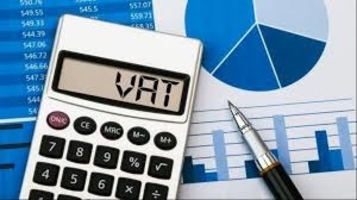 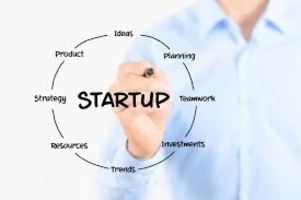 The UAE is known to encourage entrepreneurs to unlock the potential that the nation has to offer them in fulfilling their business aspirations.

The recent reforms introduced by the wise leadership of the country to boost confidence among startups also proves that the ecosystem has matured, and is now expanding its reach in the region, with Egypt and Saudi Arabia complementing the growth.

The latest report from Magnitt indicates that the number of investments in Mena-based startups was up 31 per cent in 2019, with 564 investments and $704 million in total funding, up 13 per cent compared to 2018, excluding previous mega-deals in Souq and Careem.

“With exits at an all-time-high, including the Mena region’s first unicorn exit, the region’s founders, investors, and governments are seeing the returns on their efforts in the tech venture space,” said Philip Bahoshy, founder and chief executive, Magnitt.

Egypt is the largest and most promising startup hub of the Mena region. The government has been working very hard to open up opportunities for foreign investments. Rainmaking is working with Egyptian entrepreneurs and local ecosystem players since 2014 and has engaged more than 150 startups, provided support to almost 900 founders, and worked with nearly 70 local partners so far.

So how do Egypt and the UAE complement each other in the startup space? “Egypt provides an extensive pipeline of startups, entrepreneurs and talents, while the UAE offers significant availability of infrastructures and funding. Together, Egypt and the UAE could build an active alliance to drive innovation in the region and export innovation globally from the UAE,” said Ahmed El Sherif, managing director at Rainmaking Innovation Egypt.

“We expect a big spurt of funds to support startups over the next three to four years. In terms of industries, we are recording the greatest interest from local corporations into innovation investments in the fintech, insurtech, tourism, healthcare, industrial sectors, and impact industries.”

Similarly, Saudi and the UAE complement each other a lot in the startup space. “The UAE has leapfrogged in innovations, bringing in international investors, and taking away the lead, but Saudi is already catching up,” says Taha Sajid, chief technical consultant, Limar Global Tech.

“I have not come across any one business startup, who have started in either of these countries but not have their eyes on the other; Saudi for the investment perspective and the UAE for getting market exposure. It is due to the fact that in order for startups to grow, they need to have a proper ecosystem, have market adoption, get the investment for liquidity, loyal customers, all of these things are possible if you are not only restricted to one jurisdiction. Apart from less travelling distance, they share the same cultural/religious/traditional aspect and even the resources ethnicity, like most people belong to Mena, India, and Pakistan, they understand each other well, which makes them complement each other,” added Sajid.

Saudi Arabia will emerge as a popular startup hub in the Mena region; the main reason is the cultural change through the national transformation drive of Vision 2030 and the ease of doing business with the direct involvement of the Saudi government through its proper structure.

“Any startups, whether local or international, if the idea is appealing and suits the local market, will get the proper guidance through different bodies. If there is a fintech startup, regulations have clarity in terms of business activities that need to be regulated or not and how SAMA and CMA are interrelated. Secondly, there is a separate framework for local and international entrepreneurs with the proper step and process flow. All this process is being driven by the Ministry of Commerce and Investment, supported by incubators like Badir and facilitators like Fintech Saudi. On the other hand, if you are an IT startup, there is digital transformation hub driven by the Ministry of communication and IT, so all the bases are covered when it comes to supporting startups,” said Sajid.

Innovation remains top of the agenda for many governments from across the region. According to Magnitt, Hub71 in Abu Dhabi was created to spur innovation in the capital with $250 million in funds to support regional and international startups scale in the region. Moreover, also Saudi Arabia has seen a shift in policy. Multiple initiatives have eased the ability of startups to enter the country, access education and scale within the Kingdom. Only recently, the Public Investment Fund (PIF) announced a $1billion Fund of Funds (FoF) to spur venture investments.

Egypt, given its scale and educational system, remains a key hotbed of innovation, with many early- stage companies and founders solving big market issues that are local to them. “Dubai, with a first-mover advantage, continues to assess how best to encourage and foster the startup ecosystem with new legislation and support, including golden visas for founders to help develop its ever-evolving ecosystem,” added Bahoshy. 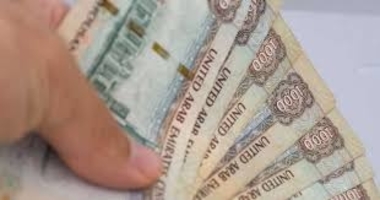 In the future, other sectors may be identified for tax exemptions by the Indian government.

In line with its ongoing efforts to create an ideal investment environment internationally, the UAE, in coordination with the relevant authorities in India, has managed to reach tax exemptions for the UAE’s sovereign investments in India applicable to the infrastructure sector for all sovereign investment institutions in the UAE, both federally and locally.

This is part of a set of amendments and investment incentives recently announced by the Indian government to attract and encourage foreign sovereign investment in sectors of importance to India.

Younis Haji Al Khoori, Undersecretary of MoF, highlighted the significance of these initiatives and praised the UAE’s close strategic ties with India, while also stressing the importance of strengthening them further.

Al Khoori said, “These exemptions are part of the UAE’s unrelenting efforts to further improve economic relations with countries around the world. The move also reflects the success of the recent negotiations between the joint venture teams from the UAE and India. These meetings strengthen bilateral ties and help create investment incentives that support trade exchange and economic activities between the two countries.”

In the future, other sectors may be identified for tax exemptions by the Indian government.

These exemptions will come into effect on April 1, 2021, and will be limited to investments made within the period not exceeding March 31, 2024, provided that the investment is maintained for at least three years.