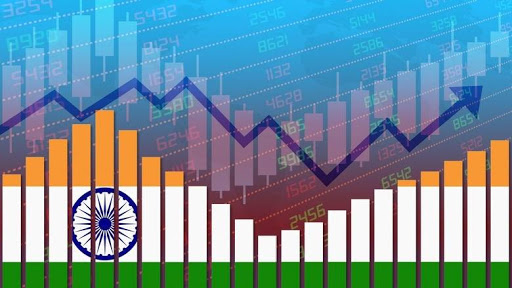 The ADB expects India’s economy to contract by 9 per cent in 2020-21 as against the 4 per cent forecast made in June.

The Indian economy, after a deeper-than-expected contraction in the current fiscal, will make a strong rebound in fiscal year 2021-22 with the gross domestic product (GDP) recording 8 per cent surge as mobility and business activities resume more widely, the Asian Development Bank said on Tuesday.

Revising downwards its estimate for the GDP in the current 2020-21 fiscal, the ADB expects India’s economy to contract by 9.0 per cent as against the 4.0 per cent forecast made in June as the Covid-19 pandemic weighs heavily on economic activity and consumer sentiment in the country.

In its Asian Development Outlook (ADO) 2020 ppdate, the bank said India’s growth outlook remains highly vulnerable to either a prolonged outbreak or a resurgence of cases, with the country now having one of the highest number of Covid-19 cases globally. India had recorded over 4.9 million cases as of September 13, just behind the US which has over 6.5 million cases.

The revision comes on the back of several other forecasts projecting a bleaker outlook for Asia’s third largest economy in the current fiscal year. Latest to sound the alarm bells for the economy include S&P Ratings, Goldman Sachs, Fitch Ratings, Moody’s and Nomura. They have changed their forecasts to a sharper contraction of between 9.0 per cent and 11.5 per cent for India in the current financial year as against their earlier expectations. India’s economy shrank 23.9 per cent year-over-year in the March to June period, larger than most analysts expected.
“India imposed strict lockdown measures to contain the spread of the pandemic and this has had a severe impact on economic activity,” said ADB chief economist Yasuyuki Sawada.

“It is crucial that containment measures, such as robust testing, tracking, and ensuring treatment capacities, are implemented consistently and effectively to stop the spread of Covid-19 and provide a sustainable platform for the economy’s recovery for the next fiscal year and beyond,” he said.

India’s current account deficit is forecast to shrink to 0.3 per cent of GDP this fiscal year, then widen to 0.6 per cent of GDP in FY2021 with exports expected to recover as global growth rebounds.

ADB said rising non-performing loans caused by the pandemic that could further weaken the financial sector and its ability to support economic growth, while increasing public and private debt levels could affect technology and infrastructure investment.

The bank, which flagged other downside risks including contraction of investment as investors remain deterred by heightened risks and uncertainties, while private consumption may continue to suffer, said government initiatives to address the pandemic, including the rural employment guarantee program and other social protection measures, will aid rural incomes protecting the vulnerable people.

“The fiscal deficit is expected to rise significantly in FY2020 as government revenues fall and expenditures rise,” ADB said.

The upside is likely to be inflation which is expected to fall in the remainder of FY2020-21 to 4.5 per cent with tamed food prices and decreased economic activity, and then further decline to 4.0 per cent in FY2021-22.

The bank, which had rolled out an assistance package of $20 billion to help its developing members counter the severe impacts caused by the pandemic, said several government-initiated reforms in response to the Covid -19 pandemic that focused on enhancing agriculture markets, upgrading industrial park infrastructure, and implementing the National Infrastructure Pipeline would promote foreign investment, incentivise global supply chains to re-allocate to India, and create manufacturing hubs across the country. 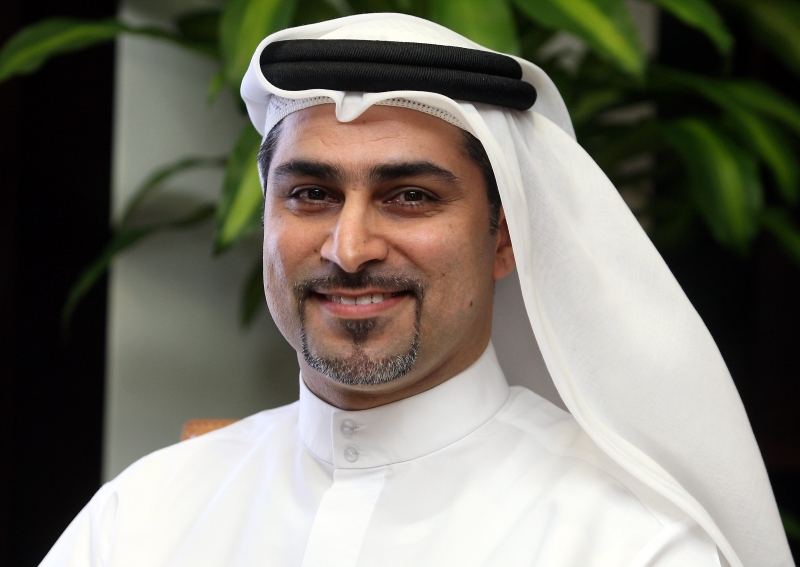 Dubai’s readiness to attract conventional as well as new forms of investment is evident in the specialised strategies and initiatives launched over the past years.

Participating in an open forum organised by Dubai Economy as part of its ‘Market Dialogue’ series under the title ‘Investment Readiness” The Future of Growth, Partnership and Innovation,’ Al Gergawi emphasised that future readiness is critical to maintaining the progress achieved by Dubai, most notably its decade-long leadership regionally as the topmost city in attracting FDI, during 2010 – 2019.

During the dialogue Al Gergawi shed light on the investment environment in Dubai post Covid-19, its strategic components, new types of investments being attracted and the opportunity available in the city for companies for growth, partnership and innovation.

Al Gergawi explained that Covid-19 demonstrated the efficiency and speed of services provided by the government of Dubai and the free zones in the emirate to facilitate the process of establishing and licensing investment projects and companies in the emirate, which created new opportunities and promoted growth of investments in critical sectors such as healthcare, logistics, e-commerce and digital economy, and particularly in technologies and services relating to food and agriculture.

Al Gergawi said: “Businesses locally and internationally realise the advantages of being in Dubai. A number of strategic components, including infrastructure, legislation, public services, geographical location, reinforce Dubai as a smart and sustainable city of the future, and a major hub in the global economy. Investment in its essence is concerned with the future, and that is why Dubai continues to develop its readiness in all fields in line with the vision and directives of our leadership, particularly His Highness Sheikh Mohammed bin Rashid Al Maktoum, Vice-President and Prime Minister of the UAE and Ruler of Dubai.”

In spite of the impact of Covid-19, Dubai remained at the forefront of cities in the Middle East & North Africa and sixth globally in attracting FDI capital during the first half of 2020. Globally, the city ranked third in attracting greenfield FDI and fourth in project capital. Dubai also ranked first in Mena and seventh globally in the number of jobs resulting from FDI.

Speaking of the role of Investment Promotion Agencies (IPAs), Al Gergawi, in his capacity as President of Waipa, stressed that they play a vital role in supporting sustainable economic development at the level of cities and countries globally. IPAs assume added significance in light of the economic challenges that the world is currently facing, especially with declining global FDI, which dropped to less than $1 trillion this year.

Al Gergawi added: “At Waipa, we are working to strengthen capacities in crisis management and recovery in the short to medium term as well as setting strategic action plans that enhance private sector investment in productive assets, which will positively affect the global economy, create jobs and boost growth. We feel proud that Dubai’s leadership foresee the future of FDI as reflected in the launch of the ‘Hamdan Centre for the Future of Investment.’ Such initiatives promote capacity building globally at the professional, institutional and market levels to attract investments in projects that support the global Sustainable Development Goals 2030.”

Dubai has continuously maintained its leadership in attracting sustainable investments over the past ten years and also grown into a preferred global headquarters for international companies in the Middle East, Africa and South Asia. 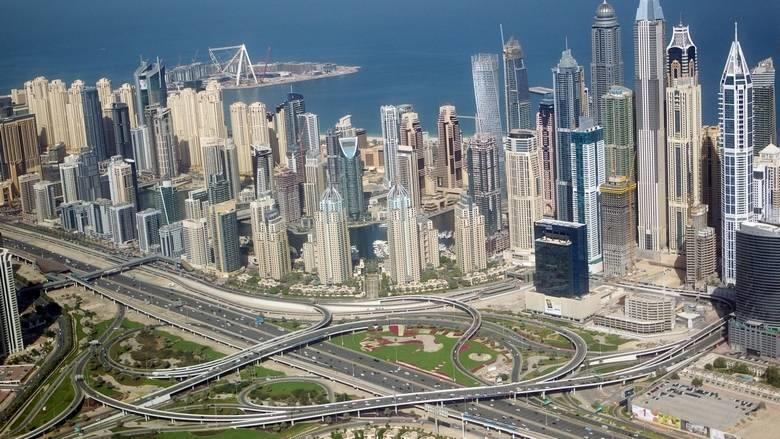 Companies in the UAE, especially small and medium businesses, can now secure bank loans by using their moveable properties as collateral in order to help them meet their cash-flow needs amidst tough situation due to the pandemic.

The UAE has issued Federal Law No.(4) of 2020, which expands the scope of including more assets that can be used as collateral and through other amendments that improve enforcement in the case of defaults.

Generally, small businesses find it tough to secure bank loans due to their size and lack of financial history.

Younis Haji Al Khoori, Under-secretary at the Ministry of Finance, also announced the creation of an electronic registry to record assets to ensure project financing. This register would allow the use of “tangible and intangible” moveable properties such as equipment and tools, receivables, cash flows, crops and others as collateral against obtaining loans.

He stressed that the law will have a significant positive impact on the nation’s economy, as it caters to recent developments in the scope of movable properties.

“This law will improve the ability of financial institutions to expand lending operations, and regulate current practices associated with them. It also addresses the associated risks, and regulates the relationship between banks, institutions and companies, to ensure the rights of all parties,” he added.

He pointed out that the provisions listed in this law cover most of the World Bank’s indices included in the Doing Business Report. 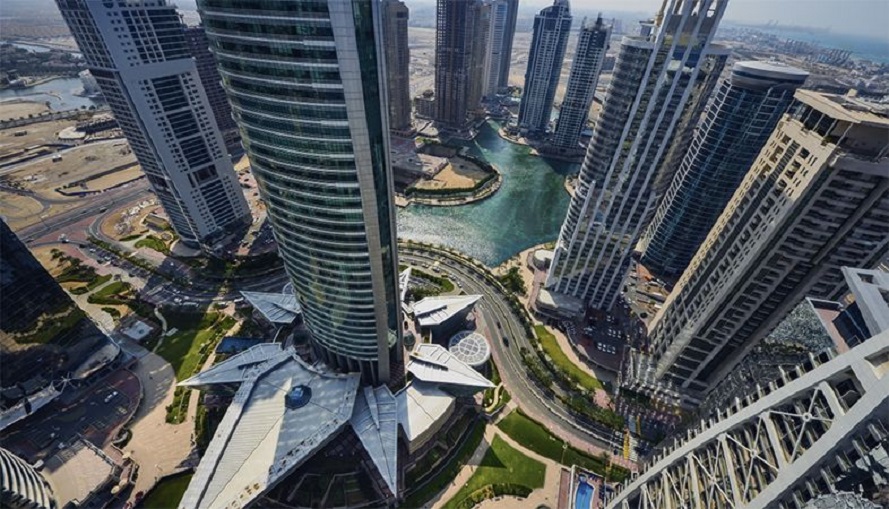 DMCC has announced an agreement with Emirates NBD to offer existing and new DMCC member companies the opportunity to spread out payments for DMCC services over multiple instalments using their credit cards at a zero per cent interest rate.

The instalment plan offers existing and new members the flexibility to convert DMCC payments for company set-up, renewal or any other service-related fees into three, six or 12-month instalment plans with no interest charges. The service is available for DMCC customers when using any Emirates NBD credit card issued to individuals or corporates, with a minimum payment of Dh500.

The partnership offers over 17,500 DMCC member companies the benefits of making ongoing routine payments conveniently, providing liquidity and financial flexibility. The offer will also assist new companies to make setup related payments in a more manageable way and at no additional cost. Customers using individually issued credit cards can conveniently convert their payments by using the mobile app or online banking as well as through push and SMS messaging while corporate cardholders can get in touch with their relationship manager or contact the bank’s call centre to request for the same.

Ahmad Hamza, executive director – Free Zone, DMCC, said: “Supporting our business community throughout the past few months has been our top priority, and will remain so as we enter this new phase of reopening and recovery. Our partnership with Emirates NBD, alongside the extended and enhanced DMCC Business Support Package, is set to boost Dubai’s economic resilience at this critical time and ensure that the Emirate remains the chosen place for doing business in the coming months and years. We are confident that through collaboration and cooperation, we will emerge from this stronger and overcome the current period while maintaining a robust economy.”

Suvo Sarkar, senior executive vice president, and head of Retail Banking and Wealth Management, Emirates NBD, added: “Emirates NBD is committed to supporting initiatives that enhance the ease of doing business in the UAE. We are delighted to partner with DMCC to offer this program that will provide increased convenience and flexibility to our customers in managing their business. This is part of a range of measures that we have put in place for SME and individual customers to provide financial relief and support during this time.”

The new instalment plan comes after DMCC rolled out its largest ever commercial campaign, the Business Support Package in March to support new and existing member companies navigate the challenges posed by Covid-19. In light of the strong appetite and positive reactions from the market, DMCC extended and expanded the package until the end of August.